March 24, 2015
This bit of science is important for several reasons.

First, Einstein more or less created the field of quantum mechanics, even though he disparaged his own creation with comments like, "God doesn't play dice with the universe".  Without getting into a field of science that I certainly don't understand, it's my understanding he said this because quantum mechanics is based on probabilities of happenings in the sum-atomic realm.  This made the big guy uncomfortable.  Well, Einstein was wrong.  It turns out that God does play dice with the universe.

Second, his comment about "spooky action at a distance" wasn't meant as an explanation, it was disparaging, again mirroring his discomfort with the whole thing.  Again, I don't pretend to understand the details, but the basic idea is that in some unexplained way if you do something to a particle here, the effects of the something show up on a linked particle over there despite no obvious physical connection between the two particles.  Really weird stuff.

Well, researchers at Griffith University have devised an experiment that confirms Einstein's original idea.  Basically, again, by twiddling a particle here and seeing an effect there.

All in all, this sort of work confirms the observation by J.B.S. Haldane that, "not only is the universe queerer than we know, it is queerer than we can know."  Amen to that, brother.

Now that someone has figured out how to demonstrate spooky action, what are the implications of this technique into the future?  That's where writers of fiction so often come into the story.

So here's the facts; do with them as you will.

An experiment devised in Griffith University's Centre for Quantum Dynamics has for the first time demonstrated Albert Einstein's original conception of "spooky action at a distance" using a single particle.

In a paper published in the journal Nature Communications, CQD Director Professor Howard Wiseman and his experimental collaborators at the University of Tokyo report their use of homodyne measurements to show what Einstein did not believe to be real, namely the non-local collapse of a particle's wave function.

According to quantum mechanics, a single particle can be described by a wave function that spreads over arbitrarily large distances, but is never detected in two or more places.

This phenomenon is explained in quantum theory by what Einstein disparaged in 1927 as "spooky action at a distance," or the instantaneous non-local collapse of the wave function to wherever the particle is detected.

Almost 90 years later, by splitting a single photon between two laboratories, scientists have used homodyne detectors -- which measure wave-like properties -- to show the collapse of the wave function is a real effect.

This phenomenon is the strongest yet proof of the entanglement of a single particle, an unusual form of quantum entanglement that is being increasingly explored for quantum communication and computation.

"Einstein never accepted orthodox quantum mechanics and the original basis of his contention was this single-particle argument. This is why it is important to demonstrate non-local wave function collapse with a single particle," says Professor Wiseman.

"However, rather than simply detecting the presence or absence of the particle, we used homodyne measurements enabling one party to make different measurements and the other, using quantum tomography, to test the effect of those choices."

"Through these different measurements, you see the wave function collapse in different ways, thus proving its existence and showing that Einstein was wrong."
Related stories:

Popular posts from this blog

Are We Creating a More Tolerant America?

ministry127.com Following the news can be discouraging.  It so often seems that the world and the U.S. is filled with hate and hate crimes.  So when a research report appears that concludes that the people of our country are, in fact, becoming more tolerant of others, it certainly brightens the day. Here's the story: *  *  *  *  * " American culture has become more individualistic  (with) more tolerance for those who are different . "  A s the nation's headlines turn more and more to issues of tolerance -- race, religion, free speech, same sex marriage -- research by San Diego State University Psychology Professor Jean M. Twenge shows that Americans may be more tolerant than ever before. In a paper released this month by the journal Social Forces, Twenge, along with Nathan T. Carter and Keith Campbell from the University of Georgia, found that Americans are now more likely to believe that people with different views and lifestyles can and should
Read more

The Simpsons Crazy Cat Lady and Her Psychiatric Illness 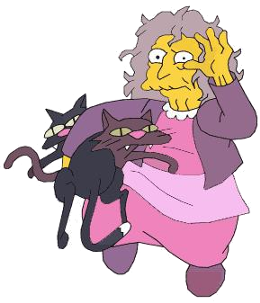 W ell, the writers and producers of the Simpsons show have done it again.  Identified a bizarre behavior, turning it in a readily identifiable character that any of us recognizes on some level. We're speaking of Crazy Cat Lady , a recurring character on the eternally running Simpsons television program.  Who is the Crazy Cat Lady?  Before her breakdown, she was  Dr Eleanor Abernathy MD JD ,  (left, at age 24) now a mentally-ill woman who surrounds herself with a large number of cats.  She's not just a hoarder, she is an Animal Hoarder, and that is recognized as a psychiatric disorder in its own right. When she was eight, Eleanor Abernathy was a smart and ambitious young girl who wanted to be both a lawyer and a doctor "because a woman can do anything". She was studying for law school at 16, and by 24, she had earned an MD from Harvard Medical School and a JD from Yale Law School. However, by 32, suffering from burnout, she had turned to alcohol, became obse
Read more

Finally it appears that MIT has gotten involved in proving Will's syllogism, "There are three kinds of men. The one that learns by reading. The few who learn by observation. The rest of them have to pee on the electric fence for themselves." Read his statement carefully.   ONE learns by reading.   A FEW who learn by observation. Then there's the rest of us. The reason for this, it turns out, is a special circuit in the brain that you or I need to have a functioning version of to actually learn by observing others.  Based on how we all behave, it is a circuit most of us must be missing.   Or perhaps it shorted out the first time we peed on an electric fence and it has yet to grow back.   *  *  *  *  * Brain circuit helps us learn by watching others Scientists pinpoint neural interactions that are necessary for observational learning Researchers have identified a brain circuit required to learn by watching others. This circuit,
Read more

" A very short visit to (a high crime) neighborhood appeared to have much the same effects on trust and paranoia as long-term residence there ." In real life, members of the police such as detectives and other people who visit high crime neighborhoods on a regular basis seem more cynical and even a little paranoid compared to those of us who rarely enter the seedier parts of our cities, a fact mirrored in fiction and film. Suggested Reading Click on image Now research in the UK demonstrates that anyone spending as little as 45 minutes in a high-crime, deprived neighborhood has measurable effects on people's trust in others and their feelings of paranoia.  If anyone's attitudes can change with as little as 45 minutes exposure, then the effect on regular visitors will be greater. Researchers in the UK studied two neighborhoods of the same city only a few kilometres apart, one economically deprived and relatively high in crime, and the other affluent and rel
Read more 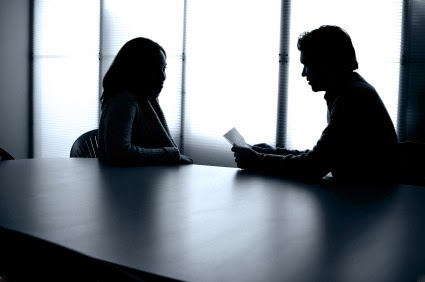 Source: 5pointspi.com D etermining deception is a tool of the trade for law enforcement. The Good Cop/Bad Cop routine is etched in our minds as an effective method of finding out the truth. But prior research has shown that lie detecting is a 50/50 shot for experts and non-experts alike. Suggested reading click on image So what exactly can we do to find out the truth? A recent study published in Human Communication Research by researchers at Korea University, Michigan State University, and Texas State University -- San Marcos found that using active questioning of individuals yielded near-perfect results, 97.8%, in detecting deception. The researchers conducted three studies based on sets of participants who were asked to play a trivia game. Unbeknownst to the participants, a confederate was placed with them offering an incentive and opportunity to cheat at the game, since cash prizes were involved. In the first experiment 12% of the subjects cheated; in the second experim
Read more

Jim Fisher
A professional writer since 1983, Jim currently edits two primary blogs, Science News for Writers and Small Business for Real People. Jim also is a regular columnist on Creative Screenwriting while working on both fiction and non-fiction projects.